God's Girl: Flaws, Scars and All


One day it dawned on me that I didn't have to keep pretending to have it all together.  I had wasted so many years pretending like everything was OK.  I didn't want to face my truths, deal with my realities or confront my disappointments.  After all, I needed to be perfect in the sight of others.  I couldn't let people see that I was actually human and hurting.

Unfortunately, this is where many of us find ourselves.  Too many women want to hide their flaws, and cover their scars, in an attempt to portray this emblem of balance and togetherness while unleashing a sense of freedom from outside forces and negative vibes. Our hair is done to perfection, make-up is is just right, and our fashion sense is just to die for.  The strut in our step exuberates confidence and it appears as though life is meaningful, but underneath the facade is the real deal.

The fact that you gave your all to someone and he broke your heart, or you've tried to get healed from being violated at a very age, or deal with the fact that your father decided not to be an active part of your life, or your mom thought men and drugs were more important than her relationship with you, positions you to carry the scars that only remind you of the pains of your past.  But, the truth is, none of those things broke you, they made you stronger!

You need to know that your flaws, and your scars make you who you are today.  Your imperfections give you an opportunity to embrace those who haven't found the strength to stand in their own truth. Yeah, I know sometimes you feel as though you don't have much to offer because after all you're just trying to get healed yourself, but the truth is, your healing is in the healing of someone else.  Your flaws will be freedom to someone, if you allow them to become visible.  Your scars will be a sign of healing for someone, if you allow them to become touchable. Little do we know, our total healing is wrapped up in our ability to be transparent and stand in our truth.  Our freedom depends on our willingness to help someone else become free.

I don't know about you, but I'm excited about just being ME!  No more pretending.  No more hiding from myself and denying myself the opportunity to live a life free from bondage.  When you release your fears, release your pain, and release your disappointments to God, he will give you a fresh new perspective on life.  He'll use what hurt you to bless you.  You will begin to see how everything that you've gone through is now working together for your good.  It's hard to see it while you're in it, but when you're able to take a step back, you can see the hand of God moving and purpose of God manifesting in your life.  So, let me remind you one more time.  You are a God's Girl, with your flaws, scars and all!

The Purpose Coach
Y. Presley
Posted by Unknown at 6:10 AM No comments:

I took today off to be with my sister who is having surgery.  Right now I'm home watching television until it's time for me to start getting dressed.  Listening to guests on the TD Jakes show talk about living their dreams and doing what they love, I realized something about myself. I'm intimidated and didn't realize it until now...

I've always been self-motivated but after giving my life to Christ I became so entrenched in the power of God's Word and believing in His promises.  I believe that God wants us to live a prosperous life  and the last 20 years of my life has been about running after the promises and wanting to live the God best life.  Over the years, my passion for success became my enemy.  When I heard God speak I moved.  Many times I didn't wait to get clear instruction I just moved.  I believed, I received and I wanted to see the manifestation immediately.  I've had much success but I've experienced much failure as well.  I have people reaching out to me daily for encouragement, guidance, and counsel because they can see what I've accomplished, they can see my passion, but they can't see my pain.  What looks successful on the outside isn't always that on the inside.

After being laid-off from my job in 2011, my life has been on a see-saw, going up and down, up and down, up and down.  I'm now in a profession that I like, but I don't love.  Deep down I know that I'm destined for greatness, but for some reason I feel stuck.  I'm just realizing that I'm allowing myself to be stuck because I'm intimidated by people who appear to be successful in what I know I'm called to do.  I've allowed that to happen because I compare myself without recognizing it and I feel like I don't measure up because I'm different.  I love speaking, training and coaching.  I know I'm called to do just that but my delivery is different, my style is different, my thought-process is different and I've looked at that as a negative instead of a positive.  I don't have to have the glamour but I love glamour.  I don't have to have the fan-fare but I love attention.  So, when I see others doing what I do but at a higher level I begin to feel like I'm not good enough.  Today, I clearly understand that I have to move forward in my fear!

I want you to know that it's ok to feel what you feel just don't live there.  You can't base the effectiveness of your gift on the functioning of someone else's.  I can glean from women who do what I do, but I can't mimic those women.  I have to be me! You have to be you!  I now understand that I don't need a new me, I just need to be the real me.

Go into 2017 with a new mindset.  Change the way you think about YOU!  Don't compare yourself to others, don't speak negatively about yourself, and don't doubt the value of what you're carrying.  Do what's in your heart to do.  Surround yourself with people who believe in you and want to see you succeed.  I just wanted you to know, You Are Enough! 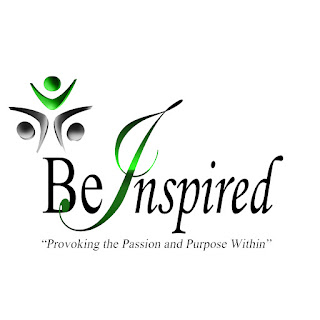 Posted by Unknown at 6:56 AM No comments:

Sometimes you just have to make a decision to "Go Hard" after what you want.  You don't have time to keep trying to get everyone's approval, opinion and suggestions.  When you know what's in your heart, it's hard to convince people of what you see because when God didn't give them the vision they can't see what you see.

I have 7 days until my vision is manifested.  I had to pray myself out of the rut that I was in and encourage myself to get up and push the RE-START button of my life.  I felt myself settling for what my circumstances had created, but it wasn't what God created for me.  When you understand that you were created with a purpose, only then will you fight the feeling to give up, ignore the prodding of defeat, and silence the whisper of failure.  Whatever you've gone through, it was for your good.  It was that process that qualifies you to move pass your pain and into your purpose.

It's about time to walk it out.  You've wanted it, prayed for it, talked about it, wrote about it, and dreamed about it.  Now, it's time to BE about it.  No More Excuses! Walk into your season of purpose. 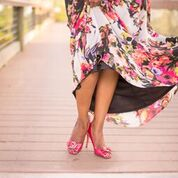 It's so easy to quit and give up on your dreams. Life gets tough. The things you've always dreamed about can often seem so far away. Your heart says keep fighting but your mind and body becomes tired and weak. You begin to feel exhausted at the thought of trying anything else, calling or writing anyone else or even praying about the same thing again. You then realize that people are depending on you to stay strong and keep fighting because you've become their fuel while your tank continues to decrease. Your passion begins to flutter as if you're about to give out of gas. A million questions rush through your mind as you fight the temptation to cut off the lights, close the blinds, curl up in a fetal position and cry yourself to sleep. All of a sudden, you see a glimmer of light peeking through the top corner of the blinds and begin to feel a renewed sense of hope.

Posted by Unknown at 4:46 PM No comments:


My daughter Shakinah singing "Say Something".  I only have the last part on this recording.
Posted by Unknown at 1:56 PM No comments:

There is always a NEXT!

Trying to adjust to this new space that God has me in is a little difficult but exciting.  I'm finally stepping out into purpose, full-time.  I've been speaking, training and coaching for over 10 years.  This is my season to exercise my faith and do what I've been called to do.

When one assignment comes to an end God always has a NEXT.  When one door closes there's always a NEXT.  It's simply time for your to find your NEXT.  God is intentional about blessing His people.  Your destiny is predetermined.  You were created for success.  God is depending on you to fulfill His purpose for your life because He knows you'll give him the glory.  You were designed to be a testimony of God's faithfulness to His people. Don't settle.....find your NEXT!

Only you can stop you from living your dreams.  Don't allow situations and circumstances to control you.  Find a way to make it happen!  Keep knocking, keep listening because your NEXT is calling.

Be Obsessed With Improvement | TGIM